Our team, working for you.
With personal and business banking experience and knowledge, our goal is to equip our customers to help them reach their financials goals.
Each and every member of OSB's Leadership Team represents the character of Oklahoma State Bank: Transforming, committed, and knowledgeable of how limitless OSB's potential is to grow in the years to come. Members of OSB's Leadership Team come from many different backgrounds, experiences, and possess different strengths, but they all work together for a singular purpose: To make Oklahoma State Bank the Best Bank for You.
David R. Hardy

David Hardy joined Oklahoma State Bank as President and CEO in 2021.  He has more than 20 years of experience in the banking industry and has held executive leadership roles with multiple regional banks in Oklahoma.  Most recently, Hardy served as Executive Vice President of Commercial Banking for IBC Bank.  Prior to IBC, he served as the Oklahoma Region President and CEO for UMB Bank.

In addition to his role with OSB, Hardy serves on the board of directors for Junior Achievement of Oklahoma City, Finance committee for Catholic Charities of the Archdiocese of Oklahoma City and is a member of the Young President’s Organization.  He is a previous recipient of The Journal Record’s “Most Admired CEO” award and Oklahoma Magazine’s “40 Under 40” list. 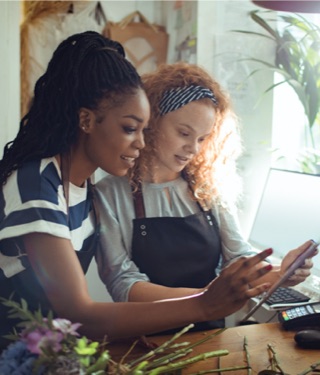 As one of the top SBA loan originators in the state, Oklahoma State Bank knows how to guide small business owners through the SBA loan process. We'll help you navigate the U.S. Small Business Administration's loan criteria so you can get the best rate and terms possible.
SBA Lending
Read More About Our Accessibility Statement